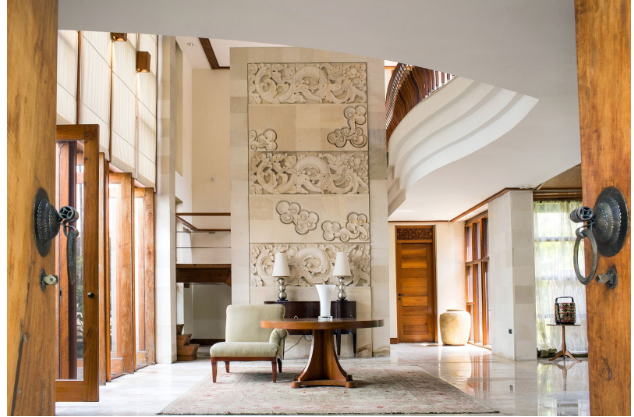 The single most advantage of the vernacular designs as compared to the modern approaches in architecture is that the former is very sustainable in nature.  It must be said of the more traditional methods that they leave the least footprint on the use of resources. At a time when people are more focused on the destructive ways of creating buildings, having top architecture firms in Mumbai with the right focus, needs to be appreciated at best.

The Studio for Habitat Futures was established with the stated policy of promoting renewable sources of energy uses and the adoption of more sustainable means of construction.  There has been a focus toward the more practical side to being sustainable than to attempt it from the theoretical side. From the very start of operations, there has been a move towards getting the people that benefit from the advances in sustainable systems to get involved.  This is meant to be educative as well as would ensure an enlightened polity who could be a lot more aggressive in addressing issues later on.

It would be best to consider Dharmalaya as a movement rather than an organization that promotes sustainable building practices. The expertise of the group lies in its ability to conduct comparative studies that would bring sharp focus towards the need for sustainability. Rather than promote better building practices, the aim is to bring forth enlightenment among the citizens of the country and hence create truly transformational practices. On board are some of the remarkable talents who can be considered to be authorities in the field of work.

The focus of the architect and designer is to use mud in ways few would have thought possible. With over 150 plus projects completed since its inception, the studio aims to take the lessons to learn till now further in the application. Here the stress is in introducing concepts that are unique to a situation than to try out if something in existence can fit the purpose. This could well be considered to be the meeting place of concepts and execution. Of note must be the fact that three of the projects have been nominated for the Aga Khan awards.

Mozaic has been focused on providing one of the complete solutions to sustainability.  There is a focus to using the five elements in the construction of structures, and this can be seen in the harmony that comes to be established among the occupants of a property. Rather than try out new concepts, the aim is to maximize the effectiveness of existing systems. This is bound to create a certain dependency towards the practices being put to use by the designer.

Of particular note must be the effort to bring in the industrial application of sustainable practices. Since the more significant projects do have some industrial component to it, the aim of introducing products and services that would cater to this market is indeed noteworthy.

Based out of Kollam, Kerala, this architect focuses on practices that are relevant to the climate and vegetation found in the more southern parts of the country. There is a focus to providing optimum use of water and its recycling as has been borne out by the structures made out by the architect. One of the most diverse applications of nature’s bounty can be found in the practices and components being used by the consultant.

Rather than stick to the more common applications of sustainable practices, the architect here focuses on what could be further possible. It is this kind of an approach that is bound to bring in progress to practices and techniques going into the future.

The founding basis of the Auroville project has been the sustainable uses of nature’s bounties. Thus to have one of the leading figures to come out of the group at Pondicherry should not be surprising in the least bit but more of an accepted fact. Mud is one of the most common features of the spaces around the Auroville Township, and every effort has been made here to put it to good use. The efforts go beyond the making of the regular briquettes and blocks.

What this very gutsy architect has demonstrated is that it is possible to have a solo attempt at promoting sustainable building practices provided the right focus be taken. The first days were tough as it took a while to get noticed in a sparse field.

It is not entirely that the top architecture firms in Mumbai are not interested in sustainable building and design practices. The landscape of the city, with its uber urbanisation, has little scope for being durable.